Home / Transportation / What Do You Learn While Studyi ... 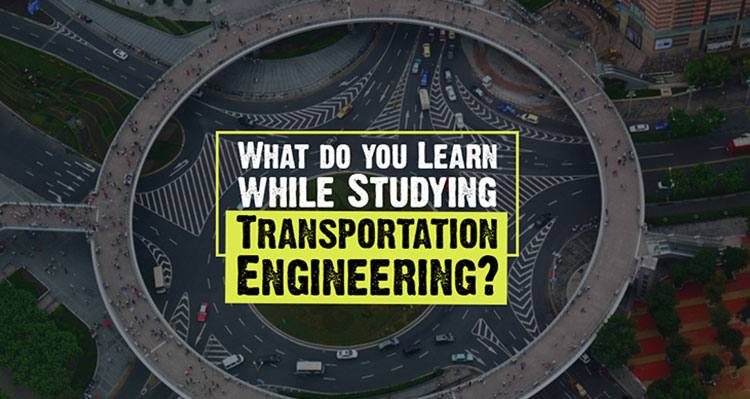 What Do You Learn While Studying Transportation Engineering?

In a recent years,  with the development of well-planned infrastructure which has now become a necessity. A degree in Transport engineering focus on the overall aspect related to engineering in respect to design, construction, development & overall maintenance of transportation systems. Majority of the transport engineers are called as ‘Civil engineers’ who are much moreinvolved in works related to transport as it involves activities such as maintenance of a bridge, highways, national clear path & several other public properties that makes the transportation whichmucheasier for the travelers.  A transport engineering is much more complex study thatoften results in high growth areas & overly use the new adoptive roadways technologies as compared to other things. Those who wishes to work in areas of public repairs may also work in areas that relates to several national security areas such as Airport, Railway,Monorail,etc. The Transport Engineering is much more raw & competent as compared to civil engineering as it teaches the safety & building of materials used in transport such as: building innovative methods of making new transport instruments, road infrastructure,  etc.

Oct 11adminComments Disabled
← Sandip University Stems For Practical Knowledge Organized A ‘Hospital Visit’
→ Why VFX Is A Growing Industry In India & Why You Should Opt Out For The Same?